Taj Mahal In Agra India Is The Image Of The Week 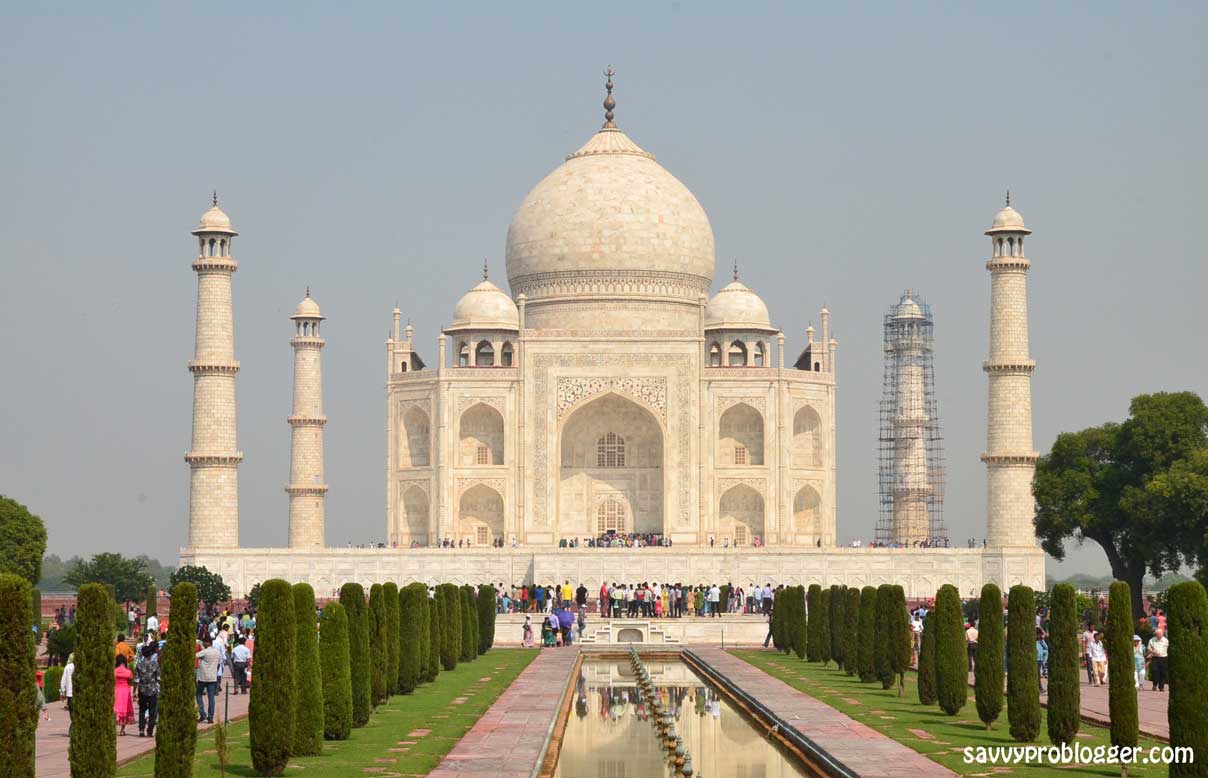 A short and sweet post on one of the most famous places in the world. This “jewel of the Muslim art in India” was designated as a UNESCO World Heritage Site in 1983. It is also one of the new 7 wonders of the world. We were 2  out of the 7 million plus tourists that visit yearly, and it truly is a sight to behold. Constructed entirely of ivory white marble, this mausoleum was commissioned by then Emperor Jahan (1628-1658) in 1632 to contain the tomb of his favorite wife named Mumtaz Mahal. Mumtaz was a Persian princess and was quite young. She died while giving birth to their 14th child. You can just imagine how much love Jahan had for this woman as she definitely was not his only wife. The Taj Mahal is bordered by walls on three sides, with the side facing the Yamuna river open. Just outside those walls are smaller mausoleums containing the tombs of Jahan’s other wives, kids and the favorite maid of Mumtaz.

The Taj Mahal is the centerpiece of the complex which occupies a whopping 42 acres in the town of Agra, about a 4 hour car ride from New Delhi which was where we stayed. I still have nightmares of the journey 🙂 ! We hired a private car that picked us up early in the morning for the journey. All the big rigs travel at night. Let me tell you, they don’t seem to have a weight limit on those things. You felt any minute the truck would overturn and crush you, which made for a harrowing journey on the uneven highway and at high speed. Nobody had to tell you to strap on your seat belt. It was worth it though to see this beauty. The actual crypts that contain the bodies of Jahan and Mumtaz are also in ivory white marble and l was surprised they were so plain (no pictures allowed) until our guide explained to us that the Muslim tradition forbids elaborate graves and that their faces and bodies were pointing towards Mecca, the holy land.

Talk about grand gestures of love. Are you a romantic?

Consistency In Blogging Is A Must For Success

That Time Karma Bit Me In The Butt!