Switching from iPhone to Android. Why l Did It.

I loved my iPhone. I really did. I never thought l would switch and truth be told, I was one of the ones who looked down on those who didn’t have iPhone smartphones. Living in Los Angeles for so long had rubbed off on me somewhat l guess. Why did l switch from iPhone to Android? Here are my reasons why switching from iPhone to Android was a no brainer for me and how l feel about it two months later. 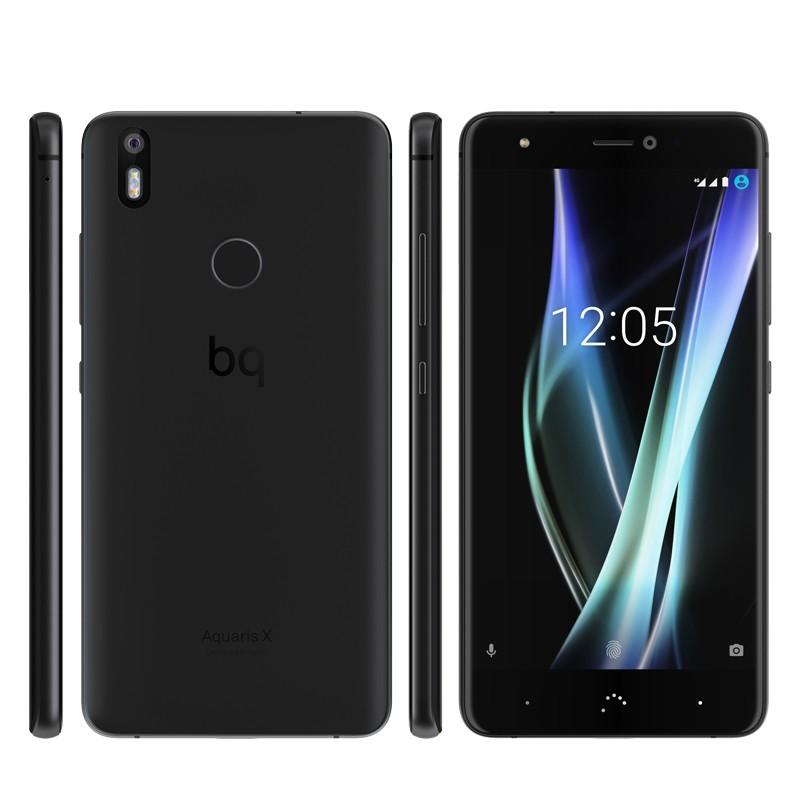 My new phone of choice. The Spanish BQ Aquaris X.

Switching from iPhone to Android Aquaris X: Do l regret it?

The answer is a big fat NO! It took me quite a bit of time to switch. I was still using the iPhone 4s which l’ve had for the past 4 years. It had been giving me problems for a few months, including:

The battery charge wasn’t holding and l often found myself with a useless phone while out.

I could no longer shut off the phone itself which contributed to the short span of use.

I could no longer screenshot capture.

I had taken it to a shop to get it fixed at least twice which provided very temporary relief. Ultimately, I had to decide on upgrading to a refurbished iPhone 5 or 6 (the frugal part of me refused to consider a new phone). I’ve talked about buying previously used and cared for products before.

affiliate products in this post. If you purchase using my links, I would get a commission at no extra cost to you. Please check out the disclosure page here.

is perfect for me in every way. The Aquaris X is made by a Spanish company and is not available in the U.S. The closest in specs, look and feel is the Huawei p10 lite

which is available in the States and is a very popular brand over here. Hey, if it’s good enough for Lionel Messi :-). The prices of Huawei phones are almost identical to the Apple ones. 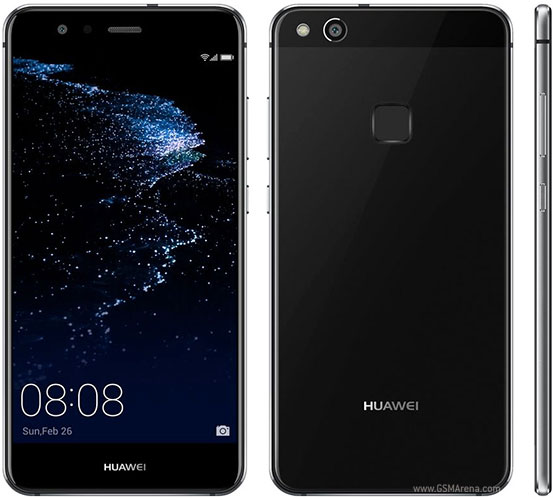 A very close second with the same specs and cost. Available in the U.S

Why switch from iPhone to Android?

The overriding factor was cost. In the old days, I just upgraded the phone with my cellular contract. The phone companies made it easy. Looking back, I think it would have been better to pay outright considering how much each one cost after all the monthly payments are added up. Keeping up with the Joneses was the norm for us. I considered an iPhone because we are an Apple family. From Mac desktop to laptop to iPad to cell phones. The integration was easy and so it made sense to consider it.

I, however started researching other options because of the cost. After hours of comparing and looking up stats and specs, holding various phones in hand to get a feel, I ultimately decided l liked the BQ Aquaris X better than all the others, with the Huawei a very close second. I ultimately decided on the BQ because they had the black one in stock.

I originally intended to compare the iPhone 6 to the BQ Aquaris X, but l am going to be bold and take on the iPhone 7. Reason being, when you compare the two, they are almost neck to neck in what they have to offer. The big difference? Price. The Aquaris X is almost $400 cheaper. $400 cheaper!!! Is it any wonder why l switched to the Android phone?

Reluctance to switch from iPhone to Android dissipated thanks to the price difference. I had thought l would love a phone with a gigantic screen, the 5.5 inch. I however found it unwieldly in my hand. It was too bulky. The Aquaris felt just right. 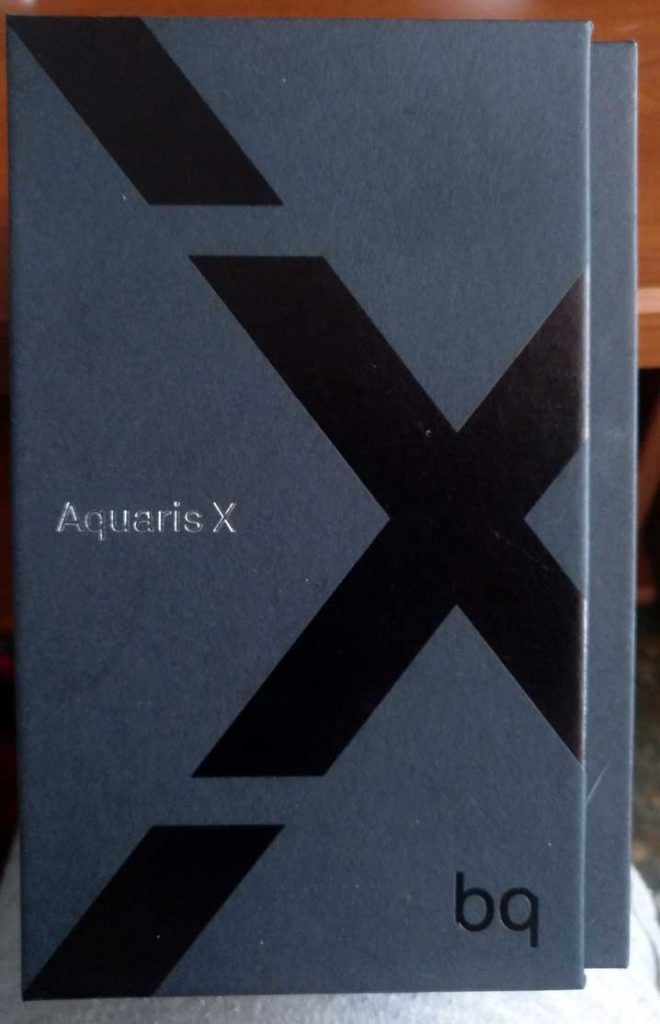 Similar packaging to the iphone.

Why l love my Aquaris X:

All my favorite apps are present and accounted for 🙂

What about the Apps?

It used to be that most of the cool apps where only available in the Apple store. No more. Most of the apps are now available on both platforms, so it has become a moot point. I still enjoy my same favorite games like Dots and Word.

Moving your goodies from iPhone:

Thanks to the cloud, it’s easier to bring your files and images with you. Just back up to the cloud and access it from the Android. Your music can be accessed from iTunes and uploaded to the google cloud. It’s even easier if you already use gmail on your old phone as it transfers your mail over.

Would l switch back from Android to iPhone?

Not at this point. I am enjoying this platform massively. I was a non-believer, but my eyes have been opened to a world beyond Apple. My husband still has the iPhone , but seeing how much I’m loving the Aquaris X, he says he is going to switch once his phone finally dies. My only complaint about the phone so far in the 2 months? Having to “download” image attachments. I wish it would just be like in iPhone where you could just “save image”. I can live with that though.

My switching from iPhone to Android had nothing to do with hating the iPhone. I just figured out what was best for me. I also realized that l am at a point in my life where l want things of value and not for bragging rights. Remember how l said want versus need can impact your finances? This is a good example. There are of course even cheaper models than the Aquaris X that l could have chosen. I just feel like this one gives me the best bang for my buck. 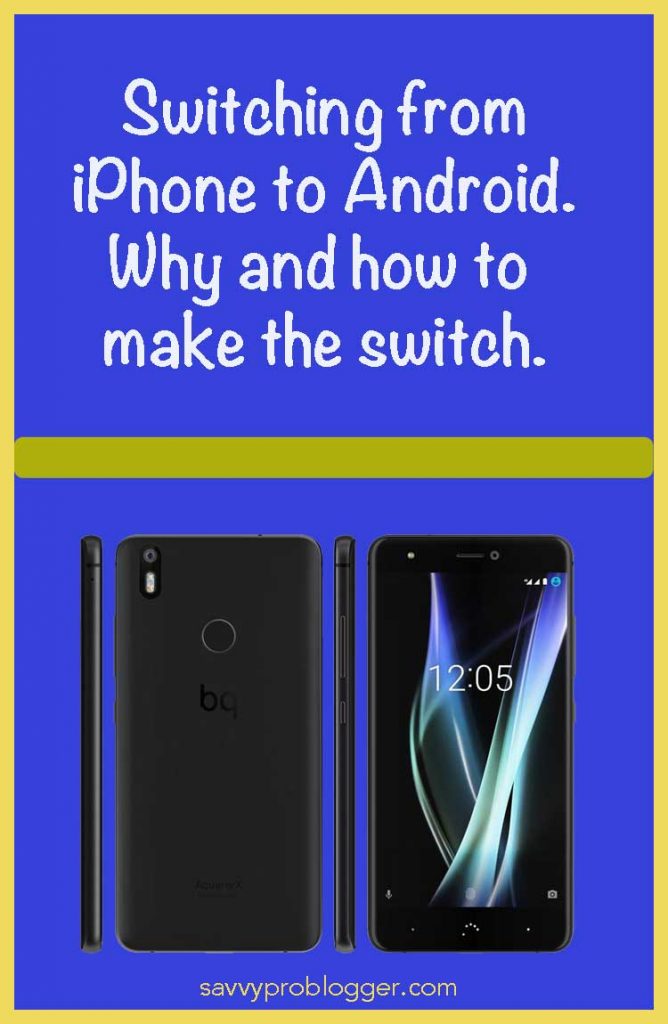 Are you an Apple or Android fan? Are you partial to either one, and would you ever switch?

How To Keep Your Blog Safer From Hack Attacks