This is one of my favorite snapshots of Malta, a country we called home for almost a year and half. Malta is one of the tiniest countries in the European union and was under British rule until 1964. Located between Sicily and the North African coast, it enjoys great Mediterranean weather and has quite a few historic places to explore. A nice place to visit if you get a chance. The island itself is not very big, you could drive across it in less than an hour. The only problem is that it is so always packed full of tourists that getting anywhere takes time, especially in the summer. This view is in the area of Sliema which was close to where we lived. Malta is called the concrete jungle because there is so much construction going on and just about every building going up is another apartment building. 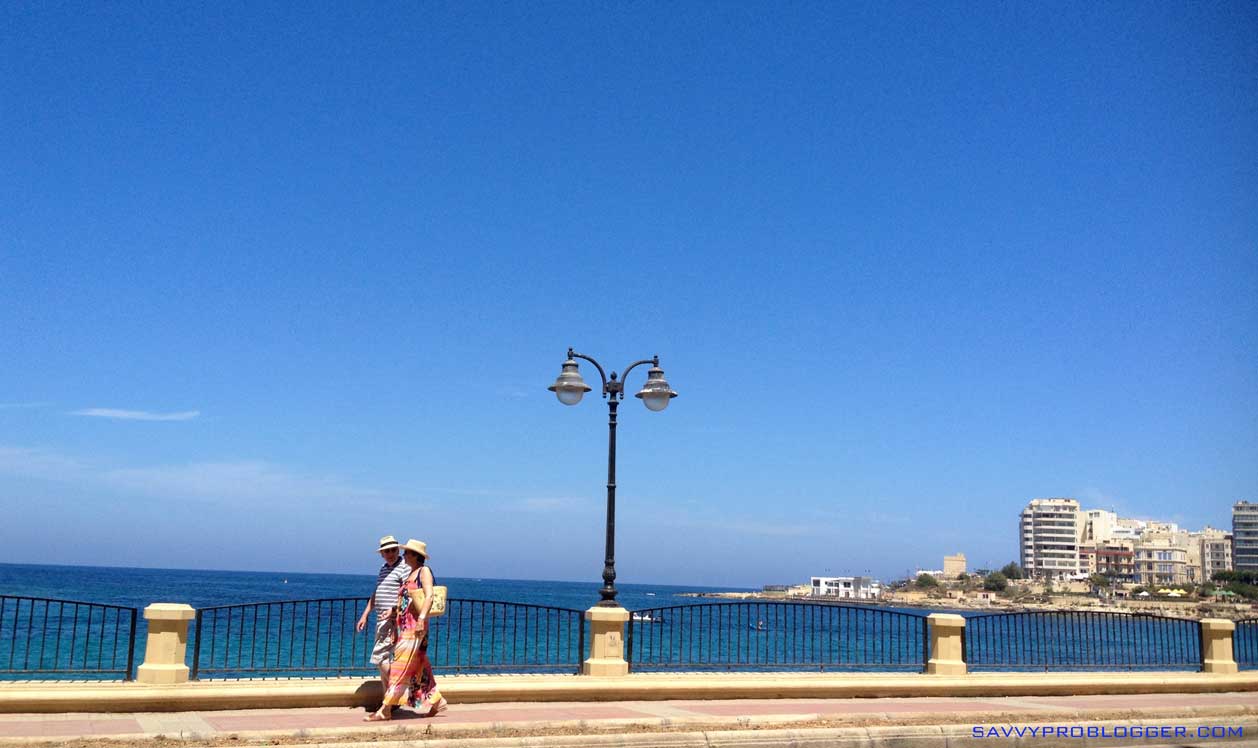 Points of interest in Malta include:

There are plenty of rocky beaches in the city. For the sandy beaches, you can head north to places like Mellieha on the bus. Good weather, good food and great cost of living. An added bonus of English being an official language in addition to Maltese. Any wonder why we lived there 🙂 ? I miss Malta sometimes, but we get to live in another beautiful place in Spain.

What do you think of Malta? Could you live there?

My Ultimate Challenge For The New Year!

Americans Are Saving Much Less. ( Again!)