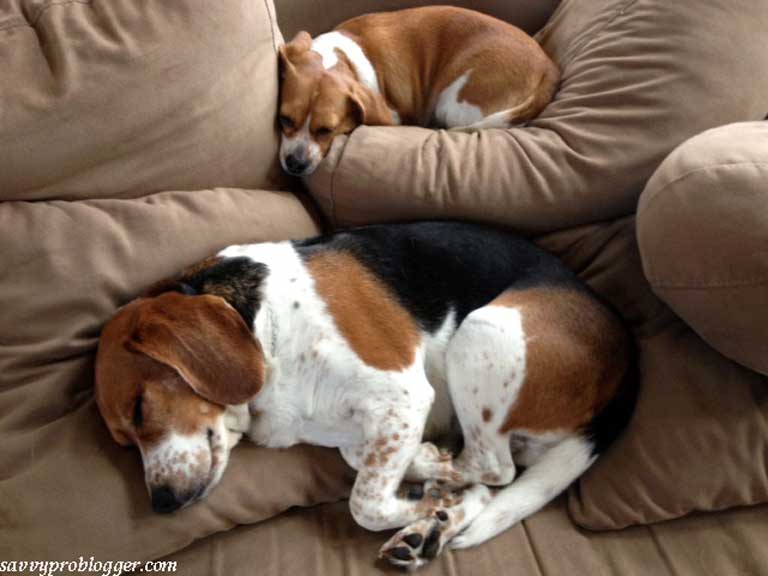 A lot of people have children. A lot of people have dogs. Quite a lot of people have both. We chose to have dogs. Just dogs. They are part of our little family. We got them both roughly eight years ago and they just happened to be about the same age, or so we were told. 7 months. Both were rescue dogs. The full beagle had been adopted and returned twice by the time we got him. He was and is still quite the rascal. Follows his nose and will go after food if given half a chance. This means we have to make sure to remove any low hanging fruit. We were told not to feel bad if we chose to return him but my husband fell in love at first sight. He reminded us so much of our beloved former rescue  beagle who died of cancer. The small dog is a beagle – dachshund mix and is just a sweetie. She was about to be sent to the pound by her former owner who put an ad on Craigslist as a last resort. He felt she was too needy. Turned out to be true. She is quite the little lady though, one with the most horrible breath 🙂 , no matter how many cleanings. She in turn reminded us a lot of our old corgi-beagle mix, another rescue who died of old age. He was 19. 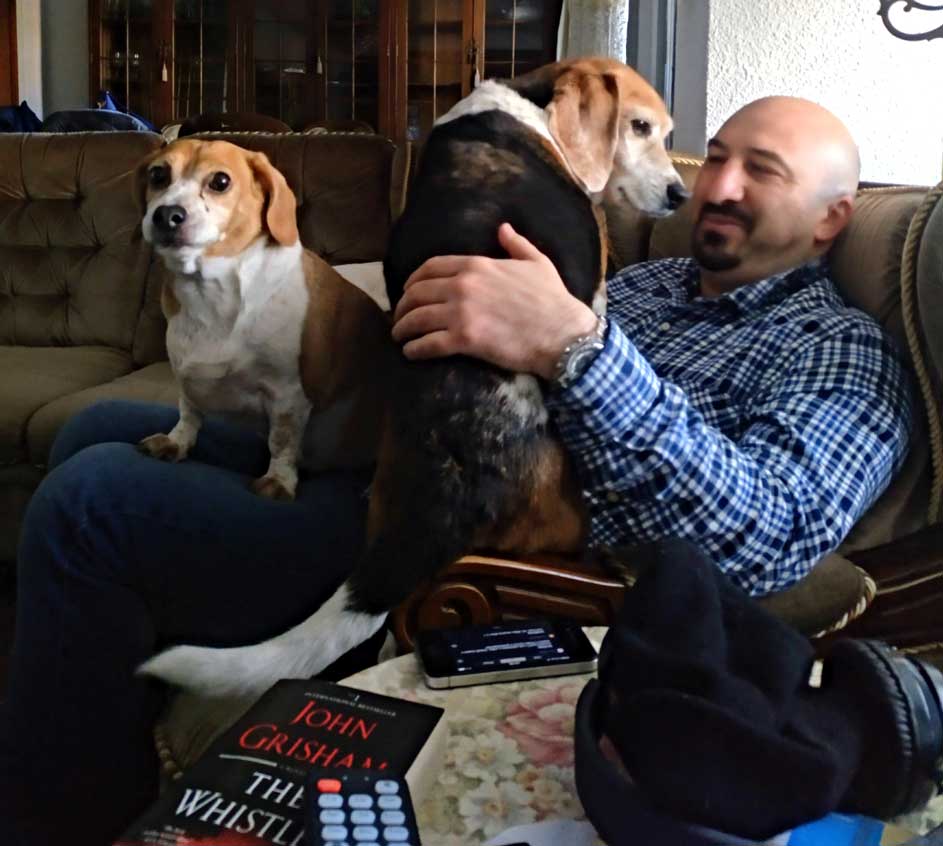 Yep! He somehow thinks he is a lap dog too. I don’t do laps so the hubby has to give up his space :-).

We debated whether to leave them behind when we started traveling and had many sleepless nights. wrestling with the decision. In the end, we couldn’t do it and come with us they did. They now have their own passports and have been to Malta and Spain. Joining a house and pet sitting platform has enabled us to travel and leave them in fantastic care of other dog lovers. It’s not easy and they have definitely changed our choices (most landlords don’t like renting to pet owners) so we have to some sacrifices, like crappy furniture but outdoor space or live farther away from the city centers. No complaints though. Life is good. Their names? The big one is Naz (rif on nose in Italian) and she is Belzebobbi. Names have been changed to protect the guilty 🙂 .

Do you have any pets?

Getting into Early Retirement Mindset. Are you a Moustachian?